Redbanks was once the headquarters and packing center of the largest deciduous fruit orchard in Tulare County.  The first settler in that area west of Woodlake was Elijah T. Colvin, a stockman who in the early 1860s bought three sections of land on the southern slopes of the hill, which bears his name.  At that time Cottonwood Creek still ran due south into the St. Johns River.  By 1892, Elijah Colvin was dead and some of his property was sold.

In 1901, Dr. and Mrs. William Wheeler Squire, who came from Wisconsin to Exeter in 1884, moved to Visalia.  Soon after they began buying property near Colvin’s Point, which led to the organization of the Redbanks Orchard Co. in November 1903 by Dr. Squire, Charles Joannes and Phil M. Baler.  Squire took an active interest in the company until his death and his son Bill served as manager in the 1920s.  Phil Baler, a former manager of the Earl Fruit Co. realized that this area would produce exceptionally early fruit, and it far exceeded expectations.  Orchards had to be laid out and planted so Redbanks Orchard Co. hired the best available man – Isaac H. Thomas – the Luther Burbank of Tulare County who came here in 1858.

A nurseryman, he sold the first fruit seedings in Tulare County and his name was synonymous with the best in horticultural accomplishments.  His daughter married Phil M. Baler.  At Redbanks Thomas had greenhouses built.  Under his direction – 15 varieties of plums, 14 types of table grapes and several varieties of peaches were planted.  Electricity was used to pump water from a series of 75’ deep wells into cement flumes.  Later water was pumped from the Wutchumna Ditch.  To the east of the Redbanks bridge on the north bank of Cottonwood Creek can still be seen the building that housed the pumping plant which boosted water up to the hill to a reservoir.

When the fruit was ready to harvest, in 1910, the Visalia Electric Railroad extended its tracks to what became known as Redbanks and a packing house was built there parallel to Road 192 south of the creek.  Its foundations can still be seen west of the road.  The fruit cars were hauled to Exeter where they connected with Southern Pacific’s eastside line.

In 1913, the Santa Fe (then the Minkler Southern Railroad) came to Redbanks and a spur went right into the packing facility.  By then, Redbanks had the largest deciduous fruit ranch in Tulare County.  Redbanks peaches were the earliest in the nation and the other fruit was earliest outside Imperial County.  Thomas exhibited the fruit all over the United States and it usually took first premium.  Phil Baler was the manager.

Redbanks Orchard Co. expanded its holding from the original 1,350 acres on the south slopes of Colvin Mountain to 4, 000 acres, where much of it was grazing land on Colvin Mountain and citrus orchards were planted.  North of Avenue 344 the boundaries of Redbanks Orchard holdings were extended out about to Road 188 on the west and Road 204 on the east.  South of Avenue 344 the property also extended to the Wutchumna Ditch on the east side of the Santa FE tracks and all the way to the St. Johns River on the west side.  A whole complex of buildings were built at the ranch headquarters under the direction of a resident contractor, Jay F. Kimball. 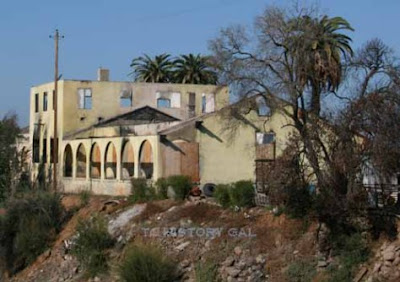 South of Cottonwood Creek, between the creek and the packinghouse was a dwelling first occupied by Elmer Wright, which later became a greasy spoon-type restaurant for the workers.  Immediately west of this and the packinghouse were three rows west of this and the packing house were three rows of workers’ homes with about 10 per row.  Later during the Arena period (named after the Arena family who at one timed owned the property.)  These were arranged in two clusters, one for Hispanic workers and one for white workers.  Farther west near the bend in the creek were two concrete apartment buildings for married workers.  Southwest of these buildings, a dance floor was built in the late 20s.  Across the road from the packinghouse on the south bank of the creek was the blacksmith’s house 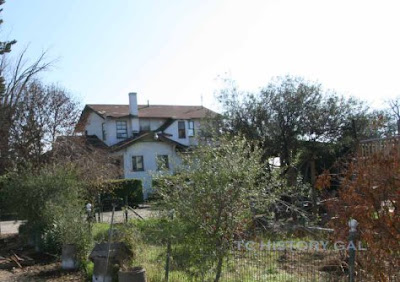 On the north bank of Cottonwood Creek was the ranch headquarters.  Immediately west of the road is the two-story manager’s house.  Bill Murray lived there from 1921 until 1929.  Then the Bill Mayfields moved into it.  Wilbur Mayfield was a pipe man from Goshen who served as superintendent until 1934.  Beyond the manager’s house was a small house (no longer there) then the main building which is of Spanish style resembling a Southern Pacific depot.  Constructed in 1914 this building had a large restaurant for the workers at its west end.  Immediately behind the dining area was a large kitchen and food storage area with ice lockers in the center directly below the upstairs.  The kitchen was presided over by Wylie, a one-eyed Chinese man who was an excellent cook.  IN the center of the north side of this headquarters building, a hall and stairway gave access to the upper floor.  At first there were only rooms for workers up there.  Then in 1932, the upstairs has converted into a five-room apartment known as “the penthouse”.  The east half of this building contained rooms for bachelor workers.  Hence it was referred to as “the hotel.”  In the late 1920s, the east end was remodeled to create offices.  West of the headquarters building and near the creek was the shower/lavatory building.

Continuing west is a large implement building, which originally contained a harness tack room and blacksmith shop.  Tom Brown was the resident blacksmith.  Later, motor-driven sprayers and other motorized equipment were housed in this building which then served as the ranch garage.  Farther west, adjacent to it is the hay barn beyond which were the mule stables.  Redbanks Orchard Co. had several pairs of blue-ribbon mules from the state fair.  Farthest west, out beyond the bend of Cottonwood Creek was the Hindu irrigator’s bunkhouse.  This complex was known as Redbanks.  Redbanks Orchard Co. was a pioneer with aerial crop-dusting, using ex-army pilots from Texas to fly four planes in 1928.  One crashed on Colvin Mountain a few years later.

In the winter of 1931-32, Redbanks Orchard Co. became a victim of the Great Depression and was taken over by the bank.  Bill Squires, Jr. and Wilbur Mayfield, along with his son Bill stayed on.  Young Bill Mayfield became the second occupant of the penthouse.

In 1937, the Redbanks Orchard Co. property was sold to a group of 16 men, 13 of whom were members of the Arena family.  Joe Arena became manager of what they renamed the Redbanks Fruit Co.  At first, until Joe remarried to Vida Richards and moved into the manager’s house, he and Ed Thomas, the bookkeeper, lived in the penthouse.  Ed Thomas lived there for 30 years and planted a lovely rose garden on the north side of the headquarters building, which fell into disrepair, the downstairs being used only for storage.  Under the Arena’s care, Redbanks had another hey-day.  In July 1955, 17 carloads of fruit per day left Redbanks.  Joe Arena died in May 1962 and the property was sold to the Griffith Brothers of Anaheim in 1966. They renamed it the Redbanks Packing Co. and remodeled the metal hay barn into a packing facility then tore down the old packinghouse.  The old implement building, many times repaired and remodeled, still is in use, but an additional implement shed stands on the side of the mule stables.  South of the creek, only the foundations remain but there are new greenhouses.  Because of the long-ago cement work, the creek is deeper when it passes through Redbanks.  The manager’s house is still in use, but the once guest headquarters building stands silent and empty, a reminder of the past.
Posted by tchistorygal at 11:32 AM 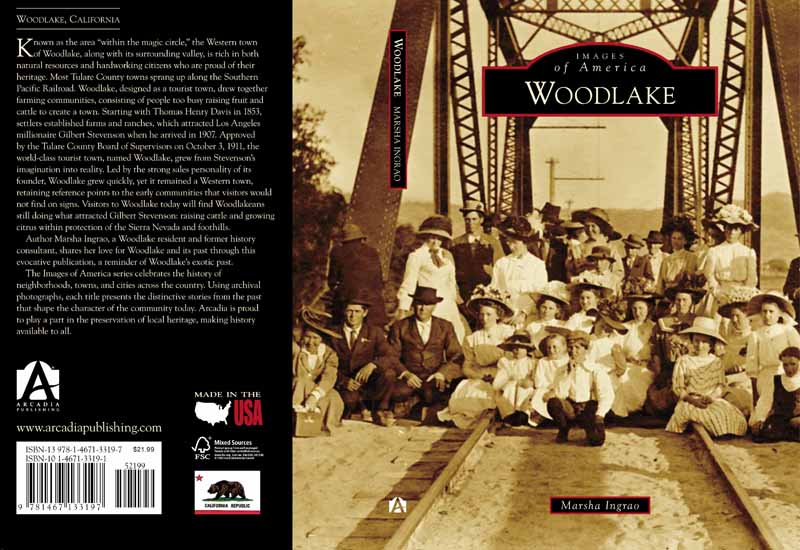